-CBRT interest rate cut and after

Despite the sharp depreciation of the lira for most of this year and triggered by rising inflation, the Central Bank made a shock cut in the August MPC meeting. While the policy rate rationality, which has been kept at 14% since December and decreased to 13%, was attributed to the signs of slowdown in the economy, it showed that an urgent tightening against the increasing inflation is not in the plan and that there may be reductions in a similar perspective.

While Turkey prioritized growth with an ultra-loose monetary policy, it grew by 7.6% in 2Q22 and ranked first in the G-20. In 3Q22, however, there is a very high probability that the economy will lose momentum, and signs of slowdown are observed in the manufacturing industry on the threshold of leading indicators. New orders are showing their worst performance since the first wave of the coronavirus pandemic and the threat of a recession in Europe could negatively impact sectoral production trends and net export performance as Turkey now accounts for the lion's share of total exports.

Due to Turkey's economic structure, our export revenues are in Euros and our import costs are in dollars. This situation negatively affects Turkey's net exports. The decrease in the contribution of foreign demand and net exports may cause a slowdown in economic growth. Price risks arising from global supply shocks cause us to place our inflation forecasts on cautious ground. Natural gas and electricity hikes will have a direct impact on the CPI and will have a monthly impact on producer prices.

In general, the inflation plan is based on the reduction of inflation pressures by macroprudential measures and external factors. The global rally in commodity prices caused by Russia's invasion of Ukraine in February is still seen as the main culprit of inflation by decision makers, and therefore, interest rates against inflation are allowed to remain low in the current period. A short-term increase in Turkey's gross foreign exchange reserves after the money transfers from Russia for the construction of a nuclear power plant may also have given the Central Bank a certain level of confidence in continuing to apply this perspective.

Instead of higher rates, the central bank took macroprudential measures that helped slow credit growth. In addition, indirect interventions and state-sponsored accounts that protect savers from the weakness of the lira still remain in the main package of measures. In this context, the Central Bank revised the FX reserve requirement to encourage savings in lira. In addition, the Central Bank of the Republic of Turkey will collect an annual 3% commission from banks' foreign exchange reserve requirements in case the Turkish lira deposit/participation fund ratios remain below 50% of the total deposits. The move aims to increase lira deposits and appears to be within the Central bank's 'liraization' strategy.

We think that the precautionary plans to keep the FX-linked deposits unsolved, to ensure liraization by continuing the entries into the system, and to activate the banks with additional rules and obligations to contribute to the transformation under necessary conditions, may continue.

According to the new three-year Medium-Term Program, the inflation forecast for the full year 2022 has been increased to 65%. The government expects the inflation rate to fall to 24.9% next year. In the same report a year ago, 2022 inflation was estimated to be only 9.8%. In July, the central bank had predicted the end-of-year 2022 inflation rate of 60.4%. GDP growth is expected to be 5% this year and next year. The ratio of current account deficit to GDP is expected to be 5.9% in 2022 and 2.5% in 2023. It has not been fully clarified how inflation will be reduced in line with the current monetary and fiscal policies implemented. Considering the current intense depreciation pressure on the TRY and the high current account deficit, it seems likely that exchange rate levels will put pressure on inflation.

On the budget side, despite the surplus in the first 7 months, the projections for the whole year point to a great spending performance in the remaining months. This situation seems to be valid in 2023 as well, and the budget deficit is expected to have a share of 3.5% in national income for the next year.

We prioritize inflation risks due to reasons such as rising supply shocks, the instability of the lira, policies aimed at growth, economic incentives that may increase before the election, and cheap credit growth that is desired to be increased with low interest rates. We think that growth indicators may suffer with the growing economic risks and the expected recession in Europe.

-Financial conditions originating from the Fed

Current cyclical changes have made the outlook for emerging markets more uncertain. These countries also face high inflation and significantly high public debt. Average gross government debt in emerging markets has increased by almost 10 percentage points since 2019, reaching an estimated 64% of GDP at the end of 2021, with large variations between countries. However, unlike the United States, their economic recovery and labor markets are less robust. For many, dollar borrowing costs remained low, while concerns about domestic inflation and stable external funding led many emerging markets, including Brazil, Russia and South Africa, to begin raising interest rates.

In response, faster Fed rate hikes could shake up financial markets and tighten financial conditions globally. These developments may lead to capital outflows in emerging markets and depreciation of the currency.

The war in Ukraine and related sanctions have triggered a sharp rise in commodity prices, which will increase the difficulties faced by countries in the Middle East and North Africa, especially oil importers of the region. High inflation is one of the most direct effects of rising commodity prices. Food prices accounted for nearly 60% of the rise in headline inflation last year in the Middle East and North Africa, excluding Gulf Cooperation Council countries.

-Fed and ECB's stance, expectations from the Fed meeting

The European Central Bank raised the deposit rate to 0.75% and expects to raise interest rates further to reduce demand. This is because inflation is too high and is likely to stay above the target for a long time. Most economists had predicted a 75 basis point increase. For the first time since its inception, the ECB raised interest rates by 75 basis points.

The ECB sees GDP at this point:

The ECB confirms that the economy will slow significantly this year:

High inflation reduces firms' output and people's spending. The supportive effect of reopening our economy will weaken. Less demand from the rest of the world is putting pressure on the economy. People and businesses are much less confident because the outlook is so vague.

The European Commission said that a complete shutdown of Russia's gas supply to Europe, coupled with a cold winter, could reduce the average EU gross domestic product by up to 1.5% if countries do not prepare in advance. Europe has listed all the alternative sources of gas it can make: LNG shipments by ship from the United States and more pipeline gas from Norway and Azerbaijan. But LNG is much more expensive than pipeline gas. The 27-nation EU has approved a plan to reduce gas use by 15% by next March. However, these protection measures are optional in member states for now. According to the Council of Europe, some of the measures include reducing gas consumption in the electricity sector, promoting fuel switching in some industries, adopting national awareness campaigns and implementing obligations to reduce heating and cooling.

Now, whether Europe survives the approaching winter depends on how the continent can get more gas from Russia via Nord Stream 1, how it can buy it in the form of liquefied natural gas from other suppliers, how severe the weather conditions will be this winter, and how much gas European countries can get.

In his speech at the Cato Institute conference, Powell said the Fed should keep going until it gets the job done and is "strongly committed" to reducing inflation. Powell didn't add to what he said at Jackson Hole or what (Fed Vice Chairman Lael) Brainard said, but said, "I expect the dollar to consolidate next week before the CPI (consumer price index). 87% the probability of another 75 basis point increase at its meeting this month priced in, which will raise the Fed funds rate to 3.0% to 3.25%.

These days we hear nothing but talk about the possible recession that will hit us all, but the data says something quite different: the US is already in a recession. Technically speaking, the recession has already happened as the S&P500 (SP500) has collapsed by more than 20% and from a purely economic point of view we are close to recession. A recession is usually expressed by a declining GDP for 2 consecutive quarters, which currently holds true for both Q1 and Q2 in the US. 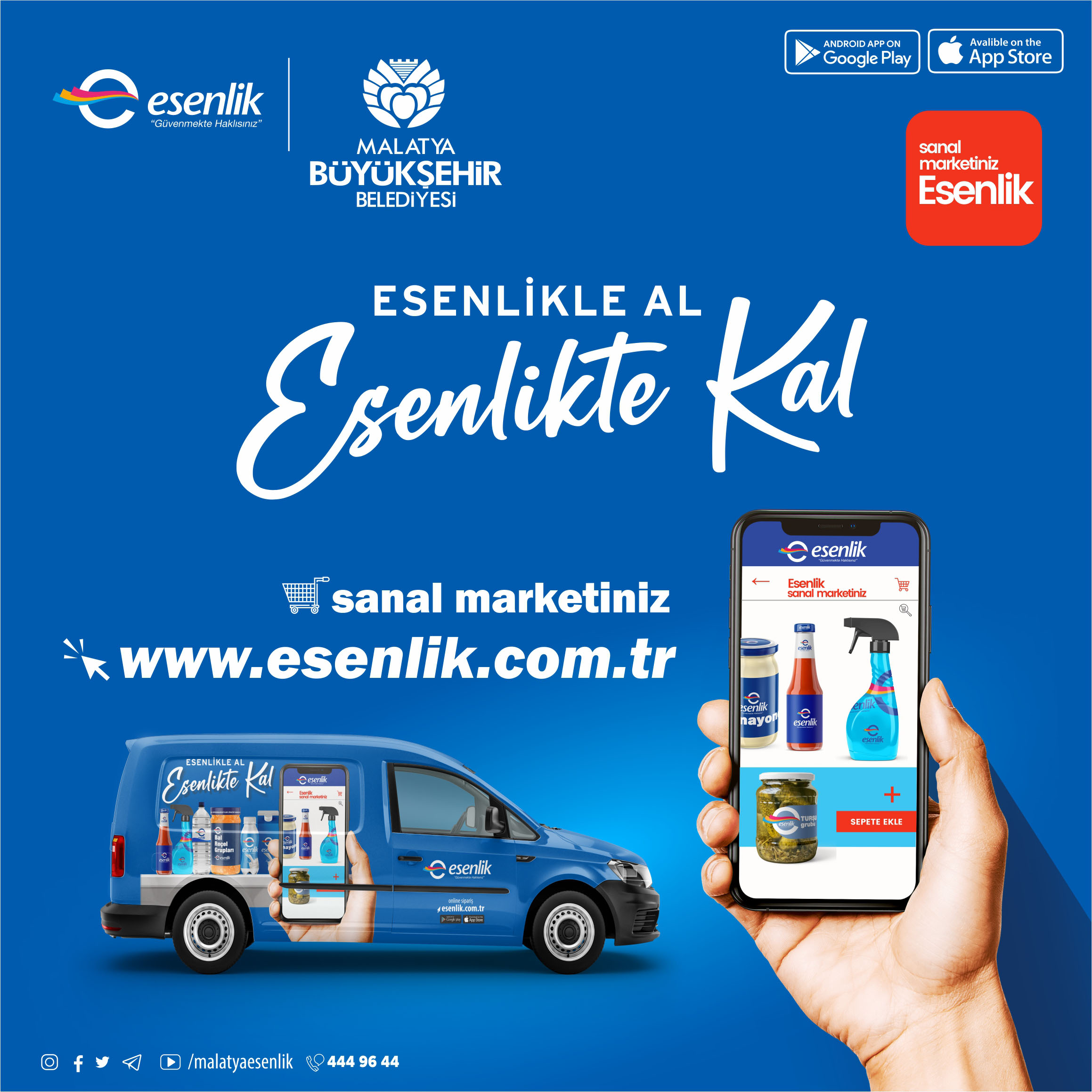